Join us on the Volvo open 70 GREEN DRAGON! 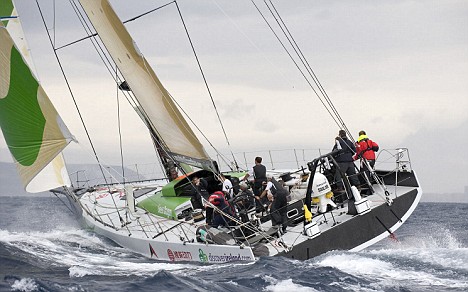 Rick Tomlinson/Volvo Ocean Race.
Green Dragon training off the race start port of Alicante, Spain
The Volvo Ocean Race 2008-09 will be the 10th running of this ocean marathon. Starting from Alicante in Spain, on 4 October 2008, it will, for the first time, take in Cochin, India, Singapore and Qingdao, China before finishing in St Petersburg, Russia for the first time in the history of the race. Spanning some 37,000 nautical miles, visiting 11 ports over nine months, the Volvo Ocean Race is the world’s premier ocean yacht race for professional racing crews. 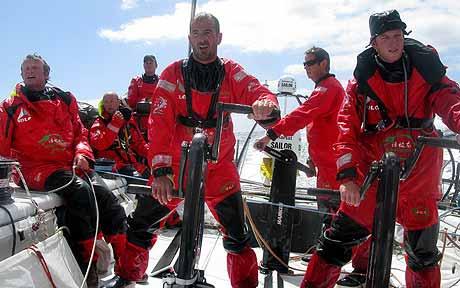 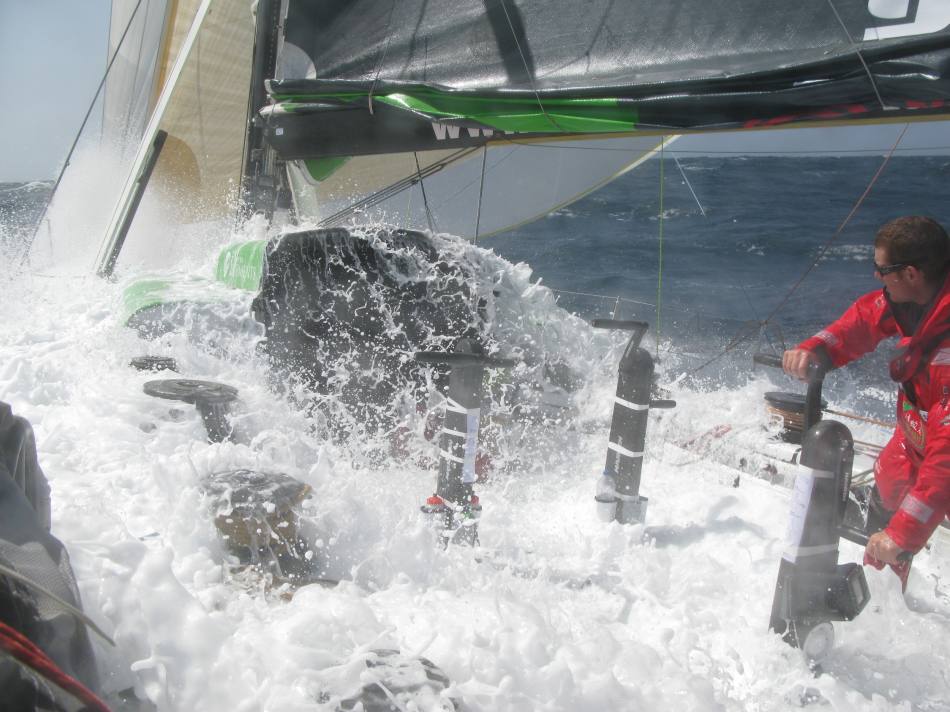 British double Olympic medallist Ian Walker at the helm of the Green Dragon at the start of the Volvo Ocean Race in Alicante. Photograph: David Branigan/Oceansport